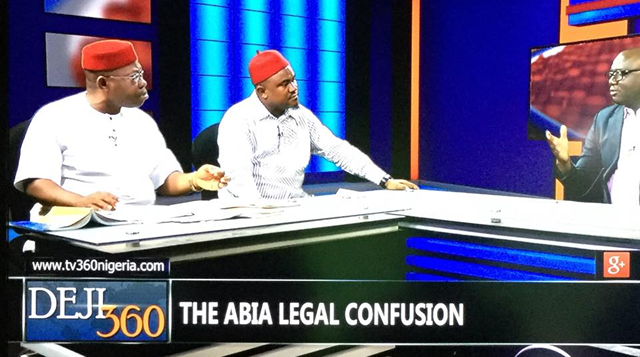 The Federal Government has sent the Special Crimes Court Bill 2016 to the National Assembly. If passed into law, Nigeria will join at least six other countries with courts exclusively empowered to try corruption and related crimes. ROBERT EGBE dissects some sections of the bill and analyses how some countries are using specialised courts to tackle similar offences.

The Special Crimes Court Bill, 2016, that is before the National Assembly, is a child of necessity.

It is the baby of the Presidential Advisory Committee Against Corruption (PACAC) led by Prof. Itse Sagay (SAN).

Its objective is stated in its title: “An Act to provide for the establishment of a Special Crimes Court as a superior court of record to allow for speedy  trials of certain offences, including economic and financial crimes, terrorism, money laundering and corruption offences and for related matters.”

Other offences the proposed court will handle are narcotics, human trafficking, kidnapping, and cybercrime, among others.

Currently, the offences are prosecuted by law enforcement agencies, including the Economic and Financial Crimes Commission (EFCC), the Independent Corrupt Practices and other related offences Commission (ICPC) before the Federal and State High Courts.

The Special Crimes Court Bill does not create any ‘special’ crimes and no offence listed in it  is new. It merely seeks to give them faster hearing before specialised judges.

Section 7(1) of the bill states that it “shall have and exercise exclusive jurisdiction and power in respect of offences specified in Schedule 1 to this Act to be known as ‘scheduled offences’ ’’.

The “scheduled offences” stated in Schedule 1 of the bill are “Terrorism offences under the Terrorism (Prevention) Act (No. 10 of 2011) as amended;

“Money laundering offences under the Money Laundering (Prohibition) Act (No 11 of 2011) as amended;

“Trafficking and kidnapping offences under the Trafficking in Persons (Prohibition) Law Enforcement and Administration Act, 2015 (No 32 of 2015);

“Corruption offences under the Corrupt Practices and other related offences Act (C31 LFN 2004);

“Cybercrimes under Cyber Crimes Act 2015, and Such other offences declared under any other Act to be a scheduled offence for the purposes of this Act.”

Section 45 of the bill also makes arrangement for the transfer process of the prosecution of the offences in the stated laws from the regular courts to the Special Crimes Court.

The section, under the “Transitional provisions” of the proposed law states: “(1) A High Court or any other court shall continue to hear and determine trials and other criminal proceedings in respect of scheduled  offences which are part-heard before the commencement of this Act, and any trial or other criminal proceeding, not determined  or concluded  at the expiration of one year after the commencement of this Act, shall abate and the trial or other proceeding may be brought  before the court for fresh hearing.

“(2) Notwithstanding anything to the contrary in any enactment, including  any rule of law but subject  to subsection (1) of this section, where the trial of a scheduled offence has not commenced in a High Court before  the coming into force of this Act, the trial shall be transferred to the court.”

A culture of ‘special courts’

Special courts are not  new in the country. During military rule, special military tribunals were preferred by various regimes to the regular courts for the trial of financial and related crimes.

For instance, on April 11, 1984, in Lagos, Chief Justice of Nigeria (CJN) Sodiende Sowemimo swore in 20 military officers and five judges of a special military tribunal set up by the government of Gen Muhammadu Buhari.

The government, which came to power on December 31, 1983, with a vow to crack down on public corruption, had arrested public officials and businessmen accused of diverting millions of dollars of public money under the previous civilian regime.

It set up the tribunal to try 475 of the detainees charged with financial misdemeanour as one way of solving Nigeria’s economic crisis.

On November 10, 1995, writer and activist Ken Saro-Wiwa and eight others were hanged by the regime of Gen Sani Abacha, following their controversial conviction for murder over a year earlier by another special military tribunal.

The same year, the tribunal sentenced former President Olusegun Obasanjo to prison for alleged participation in an aborted coup based on a testimony said to have been obtained via torture.

However, if PACAC’s bill succeeds, the Special Crimes Court will be the first established by a democratic government in Nigeria.

According to the 2015 Transparency International Corruption Perceptions Index, the six nations have a poor reputation for public sector corruption.

Like in Nigeria, the need and effectiveness of special courts have been debated over time, according to a July 2016 report by Norwegian anti-corruption research, information, and learning opportunities provider U4 Anti-corruption Resource Centre.

The report explained that some of the countries have used a unified general system with judges who have already acquired expertise in handling corruption cases. It said one of the risks associated with special corruption courts is their potential of being misused for political purposes “as it has been suggested in the case of the Pakistan’s National Accountability Bureau.”

In 2003, Slovakia established a Special Court, subsequently renamed the Special Criminal Court (SCC), principally for corruption and organised crime cases. The SCC was a response to the domination of the ordinary lower courts by criminal networks and local elites. The SCC attracted considerable criticism from the judicial establishment, due mainly to the higher compensation for SCC judges, but it survived both political and constitutional challenges, albeit in a slightly modified form. Although the SCC has been effective in addressing organised crime and local-level corruption cases, it has issued very few convictions for high-level corruption involving the national elite. Many lay the blame for this situation on the prosecutors rather than on the SCC itself.

One challenge in expanding the court to the regional level has been human resource constraints. The court’s original rationale was to ensure maximum integrity of the judges’panel, but a lack of highly qualified and dedicated judges has undermined this goal. One solution to retain integrity and competence could be to assign ad hoc judges on a case-by-case basis rather than giving judges fixed-time contracts.

The Philippines’ Sandiganba-yan is the oldest specialised anti-corruption court in the world. Though established mainly to resolve corruption cases more expeditiously, it is plagued by delays and inefficiency. This concern prompted recent legislative reforms and has led to calls for other changes as well, including procedural reforms, such as further narrowing its jurisdiction, limiting postponements, improving case management, and introducing “continuous trials” rather than scheduling piecemeal hearings stretched out over a long time.

The Anti-Corruption Court of Pakistan is one of the Special Tribunals and Boards in the country’s judiciary.

The Anti-Corruption and Economic Crimes Division, Kenyan High Court, was established in January. There are also 13 magistrates dedicated to hearing corruption-related matters at the Magistrate’s Court level.

The Uganda High Court has an Anti-Corruption Division (ACD) with original jurisdiction over all corruption and related cases.

Lawyers give tips for the court’s success.

He said: “I have not read the Bill, but I hope that the loopholes which bedevilled the previous efforts of the Federal Government in setting up Failed Banks Tribunals in the 90s should be addressed.”

Ngige urged PACAC to go a step further to include the Special Crimes Court as one of the courts of superior record which neither Federal or State High Courts would exercise supervisory jurisdiction over.

He advocated the establishment of Criminal Divisions in the Court of Appeal to take care of appeals emanating from the special crimes court.

“Even at the Supreme Court level, I suggest that more appointments on merit should be made to bring the number of Justices at the Apex Court to 21 as constitutionally provided so as to enable the court deal with appeals flowing from the Special Crimes Court within nine months of the entry of the appeal from the court below. It is my hope that members of the National Assembly should give the passage of the Bill an accelerated hearing and attention,” Ngige said.

Ubani said: ”Initially, I was opposed to the establishment of any special court to handle corruption cases and my argument was that the judges that will handle the cases are Nigerians and not angels imported from Mars or Jupiter. However, my views have changed and changed for the better.

“I am an ardent supporter of any move to legislate into existence special courts to handle these specialised crimes. We have made some progress with electoral cases being handled by Election tribunals within a specified timeline and why can’t we try it with corruption cases since we know that corruption has ruined Nigeria?

“Therefore, the move to introduce the bill before the National Assembly to legislate on the special court is a welcome development and must be supported by patriotic and well meaning Nigerians to ensure that the bill does not suffer defeat or reversal in the National Assembly, knowing the stand of the some of them on the issue of corruption.

“I have the belief that the hydra- headed monster called corruption must be handled with hydra-headed measures to nib it, if not to completely stamp it out completely from our system. I have implicit confidence in President Buhari’s government that, gradually the country will soon be set on a solid foundation for growth and progress. It is only a matter of time.

“However, the justices for the courts must be carefully and painstakingly recruited to avoid corrupt judges who will pollute the system and render nugatory a lofty idea. It is a warning!”

Ofuokwu said the Bill was “a bold” move, adding that an indefatigable prosecuting team ýmust be assembled, trained and put in readiness to use the court.

“Secondly, judges that are averse to corruption, courageous, brutally honest and very sound legal minds such as the Joseph Olubunmi Oyewoles must be identified and assembled to handle such cases. These courts must be apolitical not subjected to legislative or executive interference in any way,” he said.

Adetola-Kazeem urged the Federal Government to ensure the maintenance of high ethical standards by officers of the courts when created, as well as speedy and effective adjudication of the ‘special crimes’.

“The government must also ensure that the court maintains its independence and not used as a tool for witch-hunting perceived political enemies. The EFCC and ICPC were established by the Obasanjo government because of the perceived ineffectiveness of the Nigeria Police Force similar to the present scenario.

“However, along the line, these agencies became ineffective and its officers were accused of monumental corruption, the crime they were expected to fight. How the government intends to forestall the fate that befell the EFCC and ICPC not befalling the special crimes court remains to be seen,” Adetola-Kazeem said.

Stakeholders urge FG to support made in Nigeria products

Monday Ubani - Sep 22, 2018
0
Some stakeholders are worried that FG is not doing enough to support local manufacturers. watch their various reaction.