On a daily basis, the Nigerian security agencies, especially the police, parade suspected criminals before the media. Most times, the names and pictures of the suspects are displayed.

But some lawyers are worried that such extensive media publicity is not engaged afterwards to exonerate those that are eventually not found guilty. The suspects and their families are, thereafter, left to face stigmatization, as many might not even know that they had been exonerated.

A former president of the Nigeria Bar Association (NBA), Chief Olisa Agbakoba, SAN, said the practice of parading suspected criminals who might eventually not be found guilty was illegal. Agbakoba said the act deprived such suspects of their humanity and constitutional protection.

“It’s unconstitutional and an inhuman treatment, and the police must stop this practice forthwith,” he said.

A human rights activist, Monday Ubani, told Daily Sun that the practice was clearly a violation of the Constitution and the rights of suspects. He, therefore, urged victims to take legal action against the security agencies. He acknowledged, however, that, because of the underdeveloped legal system, it is extremely difficult to executive judgements against government agencies and institutions.

He said: “Our criminal justice system presumes any accused person innocent until the contrary is proven. Until a court makes such pronouncement, such a person is innocent. The reason is that, if people are allowed to take the law into their hands, they could conspire to frame up an innocent person and go ahead to stone or even kill him.

“But our justice system allows for the other party to be heard. It is known in law as ‘Audi alteram partem,’ meaning that both sides must be heard and no man can be condemned unheard. Not only that, the court that will try the suspects must be constituted in such a manner as to guarantee its independence and impartiality. The person accusing you cannot be the person sitting in trial against you. It must be handled by an independent person.

“So, if the security agencies, during the course of investigation, parade such people as criminals, it is clearly a violation of the Constitution. What they are doing is investigation and not trial. The issue of beating, maltreating or parading them is a violation of the Constitution. Parading them means they have been found guilty. You have arrested and investigated them, so charge them to court. It is the responsibility of the court to listen to both parties and make its pronouncement accordingly. Otherwise, the agencies have no right whatsoever to parade or maltreat them. Such a person is only an accused person and that must be recognised by the agencies.

“However, people whose rights were so violated can take legal action against the agency. I know that, because of our weak system, it is difficult to execute judgements against government. But that can only happen in a Banana Republic like ours, where government treats matters with levity and impunity. Our institutions here are very weak, unlike in developed countries that have built strong systems.

“I have two of such judgements: one is worth about N17 million. A policeman working for the Nigeria Police was sent to arrest somebody in Benin. He did, only for a higher authority to order that the arrested person be released. Ironically, after his release, he alleged armed robbery and this same policeman sent by the police was charged with armed robbery by the same police.

He was tried but was discharged and acquitted due to lack of evidence. Meanwhile, they have dismissed him. So he went to court and won the case against the police. We even went to the National Assembly to ensure the execution of the judgement, eight years down the line nothing has happened.

“So, the truth remains that we need another change to have the change we desired. The present administration acts with impunity. They do not care about the people. It is very unfortunate that, against our expectations, the system still operates in a purely primitive manner,” Ubani said.

Also giving insight into the matter, another lawyer, Gabriel Ogwuche, said: “The Constitution of the land, particularly Section 36, presumes an accused person innocent until proven guilty. Parading someone merely alleged to have committed an offence, without the benefit of having been charged to court, is not just illegal but unconstitutional for the following reasons: To begin with, experience has shown that most of these arrests are made with little or no investigation by the police.”

Ogwuche said it was common to hear police officers tell lawyers to give the police time, as they were still investigating.
This is a shame and unhealthy for our legal system. If investigation has not been done, upon what premise did you carry out the arrest, not to talk of parading him? This has always been my question to them when we cross paths. At best, a person should have been invited, questioned and released, pending when a prima facie case is built against him.

“Secondly, supposing, as is mostly the case, the accused, after all this parade, is discharged for want of material evidence to convict? Has there ever been any corresponding publicity to those before whom the accused was stigmatised? Never!

“Thirdly, and worst of all, is the number of days such an accused person may have spent either in police cell or prison, in extreme cases. This obviously will also be a violation of his constitutional right to liberty and decency as again guaranteed by Sections 34 and 35 of the 1999 Constitution of the Federal Republic of Nigeria, as amended, which protects rights to personal liberty and dignity of the human person,” he contended

Ogwuche suggested that the proper way to handle this, therefore, was to, upon an allegation, invite and question the accused person privately.

“Thereafter, and depending on the weight of evidence against such an accused person, either charge him to court or release him on bail,” he said.

But the police have always insisted that parading suspects was a way of curtailing crime.

She said: “Beyond reasonable doubt can be corroborated by suspects’ confession, recovery of exhibits, etc. Meanwhile, parading of suspects will go a long way to serve as a deterrent to others, thereby reducing tendency of criminality.”

She also insisted that parading suspects has in no way contravened any of the laws of the land. “The word ‘suspect’ is always used. Suspect means that he/she is still been suspected. It is only if the word confirmed or convicted criminal is used that you may say the police erred. But as long as the word suspect is used, no offence is committed.”

She stated that, most times, paraded suspects are usually convicted, adding that such a suspect might drag the police to court if he escapes conviction.

A former police spokesman, Emmanuel Ojukwu, noted a few years back: “The police have a duty to let the public know what they are doing. It is a form of accountability and to reassure the members of the public. If somebody is a victim of crime, in order for the person to know that the criminal, the person who violated his or her right, is in custody and is facing justice, it is all about accountability.

He said that the force only parades those suspected of committing violent crimes: “For violent criminals who may have terrorised a community and killed people and raped people, showing them to the public at this time around, we cover their faces, we show them to reassure members of the public that those robbers are no more on the rampage, that police have brought them down and it will reduce crime, essentially, it is to reduce the wave of crime.” 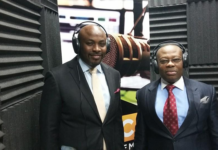 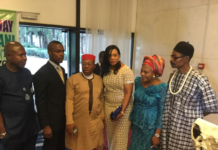 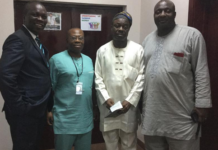 New NBA President, Abubakar Mahmoud To Be Sworn In August 26