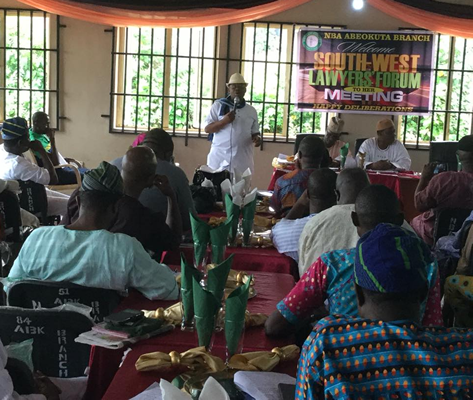 Mr Onyekachi Ubani, a former Chairman, Nigeria Bar Association (NBA), Ikeja Branch, says the Certificate of Return given to Mr Sampson Ogah of the PDP as the governor-elect of Abia by INEC is in order. He said the incumbent governor, Dr Okezie Ikpeazu, in the eye of the law was not qualified to run as governor in the 2015 poll. Ikpeazu won the Peoples Democratic Party’s ticket for the election. Uche Ogah Uche Ogah “It is an invalid order, one which I will describe as a ‘black market order’ especially as it was granted after a court of competent jurisdiction had given an order that Dr Okezie Ikpeazu was not qualified to run for elections in the first place. “Both the FCT High Court and the State High Court are courts of coordinate jurisdictions and one cannot set aside an order given by the other. “The order given by Justice Okon Abang of the FCT High Court cannot be set aside by the Abia State High Court. “In the absence of any other valid order other than the one granted on June 27 by the FCT High Court, Mr Uche Ogah, should be sworn in as the governor of Abia,’’ Ubani said. Another lawyer and public affairs analyst, Mr Wale Ogunade, said Ikpeazu should have resigned and apologise to the people for flouting the laws of the land in the election that brought him to power. “The right and decent thing Dr Okezie Ikpeazu should do is to resign and apologise to the people of Abia for being `dishonest’. “In the first instance, this matter does not require an appeal as it is a pre-election matter and since the issue of tax returns was a requirement during the preliminary stage of elections, the issue of appeal does not arise as all pre-election matters should be treated before elections. “Nobody should be above the law, one cannot pay three years tax in a day and claim that the law has been followed when the requirement is that the tax payments should be made as at when due, ’’ he also said. “He (Ikpeazu) also has no immunity because it is a pre-election matter which arose before he was elected governor; he just got this injunction as a ploy to buy time as governor.”

Monday Ubani - Jan 29, 2020
0
JUST READ THE STATEMENT OF A MAN (PROF BEN AYADE)WHO SAID HE HAS NO HAND IN AGBA JALINGO'S INCARCERATION! "I called my Chief Press Secretary...